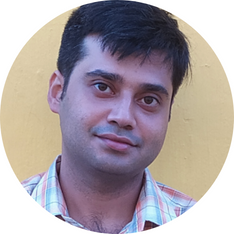 S.K Ritadhi is an Assistant Professor of Economics at Ashoka University and a member of the CEDA core team. He co-leads the development of the Gender Data Portal for this project. ... 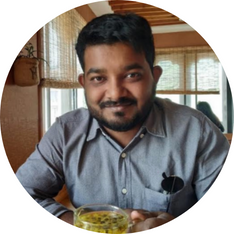 Sabyasachi Das is an Assistant Professor of Economics at Ashoka University and co-leads the development of the Gender Data Portal for this project. ...

S.K Ritadhi is an Assistant Professor of Economics at Ashoka University and a member of the CEDA core team. He co-leads the development of the Gender Data Portal for this project.
His primary research interests are in development economics and political economy and his current research focuses on the intersection of development and finance.
His recent research shows how unconventional banking regulations aimed at curbing lenders’ discretionary powers complement bankruptcy reforms in eliminating insolvent borrowers from the banking system. His on-going research studies whether financial institutions ease access to finance for informal enterprises and marginalised citizens.
Read more about Ritadhi’s work here.

Sabyasachi Das is an Assistant Professor of Economics at Ashoka University and co-leads the development of the Gender Data Portal for this project.
His fields of specialisation are political economy, public economics, and applied microeconomics. For his research, he is primarily interested in exploring group inequalities that emerge from various democratic processes.
He has studied gender and caste issues in village elections and meetings in India, explored political economy consequences of policy interventions by third parties, and the impact of synchronised elections between national and state elections on voter behaviour.
Read more about Sabyasachi’s work here.

Under the BMGF grant ‘Partnering with the private sector to enhance women’s economic empowerment (WEE)’, CEDA aims to create a specialised, state-of-the-art gender data hub, which will present gender statistics for India, across time and regions within the country, on a broad range of spheres. We wish to build a web interface that visualises these data across space and over time using dynamic charts and graphs. The idea is to not just provide an aggregate picture of the existing gender gaps in the country across various domains of the society and their evolution over time, but also to project the varied experience of women depending on their location, cohort and social background.

We are not aware of any source in the Indian context at present, which disseminates gendered data from nationally representative survey datasets (such as the National Sample Survey (NSS), National Family Health Survey (NFHS), Census) and administrative data sources in an user-friendly format. Thus, this proposed data portal will be a significant and novel addition to the stock of resources on gender dimensions, which will enhance knowledge and aid policymaking.

CEDA is rightly placed for the task as our mission is to demystify data and promote evidence-based discussion and dialogue that is informed and backed by accurate, representative data. Towards this end, CEDA’s website contains data narratives, with special emphasis on those related to gender. These narratives provide easy-to-understand but rigorous analyses of a range of socioeconomic and/or gender issues like the Covid-19 vaccination program, male participation in household chores, institutional births, inflation targeting etc.

The CEDA website also has a unique data hub that allows users to create powerful visualisations using summary statistics generated by the CEDA team (see Figure 1 and Figure 2 below). Many of these statistics, like whether women wanted pregnancy, women’s median marriage age, fertility rate and so on, are already focused on gender biases in society. CEDA’s proposed ‘Gender Data Portal’ (more details in Section 3) intends to elucidate the many other dimensions of this gender bias and thus serve as a valuable resource to a large range of stakeholders: researchers, journalists, and policymakers.

In this brief, we begin with a review of cross-country gender data portals, followed by a discussion of how CEDA’s proposed gender data portal will seek to fill gaps in the current landscape with regard to Indian data.

Gender data portals are repositories of information, categorised by gender, gathered from varied sources and made accessible to the public primarily in the form of graphical representations. These portals almost invariably have a graphical information system (GIS) component, which helps in easy discernment of regional patterns, if any, in an indicator of interest. Our survey of gender data portals, the details of which are succinctly presented in Table 1 below, shows that these portals vary widely in their geographic as well as thematic coverage.

While gender data portals like that of World Bank and United Nations are global in their coverage, there also exist those which are specific to a region (like the African Development Bank i.e. AfDB portal for Africa) or grouping of countries (like the Organisation for Economic Co-operation and Development i.e. OECD portal for OECD countries). The geographic coverage of a portal then clearly depends on the agency responsible for it. Further, the timelines for various parameters in these portals are also not uniform across countries covered by them. This is due to the limitations of data availability across different countries. Hence, the data series is usually longer for developed countries as compared to developing or underdeveloped ones.

With regard to the thematic coverage of existing gender data portals, there is some variation to be observed. While most of the portals cover major themes like education, labour and health, their scope may also extend to decision-making (e.g. remarriage rights), human rights (e.g. adolescent birth rate), sustainable development goals (e.g. women’s demand for family planning) and the like. There also exist portals with singular themes. Parline’s portal, for instance, is focused on providing data on women’s representation in national legislatures.

A few of the gender data portals surveyed also publish gender indices. To illustrate, the European Institute for Gender Equality, whose data portal is the Gender Statistics Database, publishes an annual Gender Equality Index since 2013; and the OECD Development Centre publishes the Social Institutions and Gender Index (SIGI). Additionally, the data portal by the World Economic Forum is derived from their Global Gender Gap Report, which is essentially an index. All the said indices, in turn, have multiple categories across which the countries’ performance is measured. These categories range from common ones like education and health to the more esoteric such as discrimination in the family, restricted physical integrity and the like.

The motivation behind the proposed CEDA Gender Data Portal is to provide an overview of the socio-economic landscape of India from a gendered perspective. For this purpose, it will collate data, derived from various sources – both government (e.g. national sample surveys, census) and private. This repository thus compiled for the CEDA gender data portal, will be made accessible to the public via a user interface template, which is similar to other gender data portals. However, as compared to existing gender data portals, it will offer access to data at the sub-national i.e. district and/or state level; and for areas ranging from economic and social to political and administrative. The enhanced geographic granularity that will be provided by the portal is expected to be highly valuable for informed policy drafting, especially for a continent size country like India.

The sub-national character of data on CEDA’s portal will emanate from the fact that unlike other cross-country data portals, it will be focused only on India, and hence will be free from the constraint that requires multi-country portals to maintain comparability of data and measures across countries. It will also be able to present data with several other classifications, like caste, industry, rural-urban, etc. As an example, using the 2011-12 (67th round) and 2015-16 (73rd round) survey of unincorporated enterprises by the National Sample Survey Organisation (NSSO), we have gender-segregated data detailing enterprises’ premise locations, the problems they face, their access to credit, ownership of bank accounts and other such variables, at both the district and 2-digit industry level [1].

Additionally, via the portal, we will be able to analyse less widely studied areas that are critical to understanding the Indian socioeconomic conditions. These could include gender-based reservation in educational institutes, gender-specific provisions of labour laws, incidents of crime that disproportionately affect women, as well as availability of infrastructure that has a gendered impact – such as data from the District Information System for Education (DISE) on the provisioning of toilets in schools.

The CEDA Gender Data Portal will therefore fill the lacunae for an India-specific tool, which brings to the fore systemic and institutionalised gender discrimination in various realms of the country (see Table 2). It will play its part in enhancing the data-driven rigour of the gender policy discourse in the country.

[1] The classification refers to the 2-digit national industrial classification (NIC), which is a statistical standard for developing and maintaining a comparable database according to economic activities.