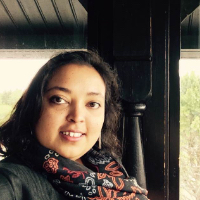 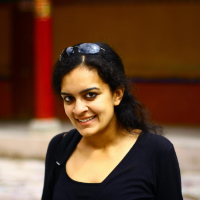 The problem at hand

Early data from the fifth round of the National Family and Health Survey (NFHS 5) indicates that the child sex ratio has unexpectedly declined in a number of states, with a reduction in the number of girls born per 1000 boys.

This has happened despite the implementation of the nationwide ‘BetiBachaoBetiPadhao’ (BBBP) programme in 2015 that aims to prevent sex-selective abortions, ensure the survival and protection of the girl child and to reduce gender gaps in access to education. An immediate response from policymakers is likely to be a crackdown on the operation of foetal sex detection clinics and illegal abortion facilities. However, as a standalone measure, this can actually worsen the problem of gender discrimination rather than mitigate it.

Starting from the influential work of Amartya Sen in 1990, there has been a substantial body of research documenting the problem of missing women in India and several other countries. The Economic Survey of India in 2018 estimated that there were 63 million missing women and 21 million unwanted girls in India. Although the natural sex ratio at birth favours males, females have a greater resistance to disease resulting in lower age-specific female mortality in places where they have equal nutrition and health care as males. A skewed sex ratio in the population as a whole is a manifestation of a social and cultural preference for sons.

Nor is the problem of missing girls eliminated through the process of economic development. The last five decades have seen a rapid decline in the desired number of children in a household, including among the poor and the illiterate. The Sample Registration System (2018) shows that the Total Fertility Rate in fourteen states has reached the replacement level of 2.1. Jayachandran (2017) argues that declining fertility in the presence of a strong son preference skews the sex ratio even further. A couple that wants to have two children with at least one son could be more likely to resort to sex-selective abortions so as to achieve their ideal family.

The unintended effects of government action

So, will cracking down on the use of sex-screening technologies and sex-selective abortion clinics help? Unfortunately, these may only lead to households with strong son preferences making adjustments at other margins.

In the absence of sex detection and abortion technology, if households have a strong son preference, a higher number of ‘unwanted’ female children may survive pre-natal selection. Their parents may discriminate against them through lower investments in their nutrition compared to boys: less breastfeeding, lower immunisation rates, fewer health check-ups and increased malnutrition.[1]Early life malnutrition can affect cognitive and non-cognitive development, school enrolment, test scores, labour market participation and income – wide-ranging impacts that can persist beyond a generation.

This discrimination can even be reflected in the investments parents make in education. Rastogi and Sharma (2020) find that while the passing of legislation to prohibit sex-selective abortions in India in the period between 1989 and 2003 did lead to an increase in female births, it also led to a widening of the gender gap in education between boys and girls: a direct outcome of explicit household discrimination against unwanted daughters.

Even without explicit household discrimination, girls may receive lower parental investments than boys. Households with a strong preference for sons and no access to sex-selective abortions often demonstrate fertility stopping behaviour where they continue to have children until they achieve a desired number of boys. While this does not bias the sex ratio for the firstborn child, it does bias the sex ratio for later births in favour of boys (Jayachandran and Kuziemko 2011). By construction, girls born in households following the fertility stopping rule end up in larger families with more siblings facing higher competition for household resources than boys. This means that girls, on average, receive smaller nutritional investments in their early life, affecting mortality and morbidity.

Additionally, punitive measures on sex-screening technologies may make it harder for women to get access to safe abortion services and regular antenatal checks, including ultrasound scans, as part of routine check-ups for a healthy pregnancy.

In the end, punitive measures directed towards sex-selective abortions can only address a proximate cause of the skewed sex ratio. These are also typically very expensive and may not be cost-effective. To design policy to address the more fundamental reasons for strong son preference requires a comprehensive review of the effects of many socio-cultural and economic institutions, including kinship norms, religious norms, the impact of dowry, the structure of the agrarian economy and women’s participation in the labour force. Norms such as patrilineality –where the assets of the family are passed through the male line, and patrilocality – where a woman moves to her husband’s family home after marriage with limited interaction with her own family, are particularly important. In the absence of formal saving and old age security mechanisms, parents expect to rely on their sons for financial support in their old age. Access to pension schemes and other financial instruments that affect saving behaviour may weaken this relationship.

Further, India is exceptional among developing countries for a very low rate of labour force participation by women, which has further declined in the last decade. A skewed child sex ratio can trigger a vicious cycle by leading to a reduction in the age of marriage for women, an increase in the spousal age difference, lower investments in health and schooling for girls, higher crime rates that result in safety concerns affecting women’s mobility, and reduced labour force participation affecting the economic worth of women. This, in turn, can feed into the innate causes of male bias and reinforce the dynamics that lead to a skewed sex ratio. Policies that deliver gainful labour market opportunities for women and which attempt to reduce the gender gap in wages can increase the economic worth of women and help in breaking this cycle.

However, these policies need to be designed carefully or they can backfire. Anukriti(2018) points out that a government-sponsored financial incentive scheme offered to families to have both fewer children and more girls led to higher rates of sex-selective abortions because couples with a strong son preference were more likely to have one child only – as long as the child is male. In a similar vein, Bhalotra, Brulé and Roy (2018) find that an attempt to make inheritance laws more gender-equitable led to an increase in the rate of female foeticide.

In order to design the right policies, policymakers need to have a framework for evaluating development. A reduction in the infant mortality rate may not necessarily be an indicator of progress and could just be an artefact of higher sex-selective abortion in the population. Similarly, a reduction in child malnutrition could be an artefact of higher mortality or higher levels of sex selection where survivors have better health outcomes.

Rather than monitoring progress based on any one of these measures, the policymakers should use an evaluation framework that looks at changes in multiple outcomes that are related to one another and are likely to be influenced by the policy in question. An ongoing dialogue between the researchers and policymakers will help in this regard. There should be an increased effort to collect a wider range of micro-data that tracks mortality and nutritional outcomes for cohorts of children, along with the sex ratio at birth. Data that is already routinely collected at anganwadi centres should also be made publicly available.

For example, recent reports from Haryana suggest that after the implementation of the BBBP programme, several police cases have been filed underthe Pre-Conception and Pre-Natal Diagnostic Techniques (PC-PNDT) Act and The Medical Termination of Pregnancy (MTP) Act. Over 1,000 suspected offenders, including doctors, nurses, quacks and patients and their family members, have been arrested and booked. Figures from the Sample Registration System (2018) indicate an improvement in the sex ratio at birth following the BBBP rollout in Haryana. However, these impacts can be considered a sign of improved welfare only after tracking the status of other related outcomes such as infant and child mortality and health and nutritional outcomes of survivors.

The goal of gender parity will be defeated if an equitable sex ratio at birth is achieved at the cost of more unwanted girls or, conversely, if improved schooling and health outcomes for girls are achieved at the cost of higher sex selection. There is no magic bullet that can eliminate gender discrimination and a crackdown on abortion clinics can go only so far if the underlying causes of gender bias are not addressed.

Bhalotra, Sonia R., and Cochrane, T., 2010. “Where have all the young girls gone? Identification of sex selection in India.”Centre for Market and Public Organisation, University of Bristol, 10, 254.

Sharma, Anisha and Rastogi, Garima, (2020), Unwanted daughters: The impact of a ban on sex-selection on the educational attainment of women, Ashoka University, Department of Economics, Working Paper Series, No. 37.

[1]Anukriti, Bhalotra and Tam (2020) find the same effect in the opposite context: the increased use of ultrasound technology for detecting the sex of foetuses in the period from 1985-2005 led to a higher rate of sex-selective abortions, and a corresponding improvement in mortality and health outcomes for surviving girls.