Budget 2022: Is This a Budget for Post-pandemic Growth? 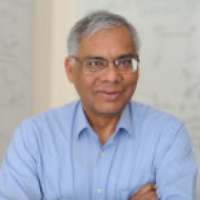 Finance minister Nirmala Sitharaman can probably count herself as one of the unluckiest Finance Ministers in India. Much of her time as Finance Minister has coincided with the Covid pandemic and its ravages of the Indian economy when the annual budget has necessarily been more of an exercise in dousing fires rather than steering the economy on to a high and sustainable growth path. Until a couple of months ago, this year seemed to be different. There were robust signs of recovery with GDP growth estimated to be above 9 percent. Of course, this growth was on a significantly smaller base given the huge contraction in the economy during the previous year, but the trend was nevertheless encouraging. But then, Omicron struck halting the process of recovery.  Inevitably, it is the informal sector which has suffered more than the rest of the economy and hence there has been an adverse distributional shock as well.  The main aims of the budget should therefore have been to put in place adequate compensatory income policies for those adversely affected by the pandemic as well as include growth inducing measures for the overall economy.

An emphasis on growth

FM Sitharaman’s fourth budget certainly does focus on growth. Indeed, it has a clear-cut strategy – increase capital expenditure and depend on the multiplier effects to increase incomes and stimulate private consumption demands, perhaps with a lag. Much of the expenditure will be on the infrastructure sector, with highways being a priority area. As shown in Figure 1, the share of capital expenditure in total expenditure has shown a consistent rise, from 12% in the budget of 2019-20 to 19% in the current budget.

Hopefully, this will help create additional jobs since road construction is labour intensive.  But will increased infrastructure spending create a sufficient number of jobs? To keep things in perspective, unemployment is at an all-time high with CMIE data showing an absolute decline in numbers of people employed between February 2020 (the last month before the pandemic hit) and November 2021.  The reliance on growth of the formal manufacturing sector alone is shortsighted. The bulk of employment in India is created by the MSME and services sectors. Moreover, the pandemic-induced lockdowns have affected these sectors much more than the formal sector. That is why there was a widespread belief that the budget would provide a lot of support to the MSME sector. Unfortunately, apart from the provision of additional credit to MSMEs, the budget offers very little help to the unorganized sector as a whole.

A clear theme of the budget is continuity. There are no big-bang items. For instance, personal income tax rates and slabs have not been changed at all.  There have also been very little changes in indirect taxes. A few items which are produced at home but some of whose inputs are imported will be cheaper because of cuts in import duties on these imports. This is also consistent with strengthening the “Make in India” drive. Not surprisingly, the stock market has reacted favorably to this because there were apprehensions that a harsh tax regime may be put in place in order to finance a steep increase in overall expenditure. The corporate sector has also welcomed continuity because frequent changes in government policy makes it hard for them to formulate long-term plans.

Of course, the mere absence of big-bang reforms in the budget is not necessarily a bad thing. A stable tax regime in normal times is usually a good thing. However, the current situation is not normal. A somewhat surprising phenomenon is that while the bottom 50 percent suffered tremendously, the top 0.5-1 percent actually gained enormously. This induced a few billionaires (no Indians in the list though) to issue a surprising plea during the recent Davos meeting- “Tax us”! Surely, the Indian government could have listened to their plea and announced a large surcharge on the income tax paid by the super-wealthy. Or perhaps introduce a wealth tax on the super-rich? The revenue collected through this could have been used to supplement social sector spending. Only a small number right at the top of the income bracket would have had to part with a minuscule part of their wealth but would bring benefits to large numbers of the needy.

This speech was the shortest of Mrs. Sitharaman’s four budget speeches. A drawback of this brevity is that she did not mention any budget figures. This made it difficult to appreciate the finer points of the budget or make meaningful comparisons with previous years. It was only much later, after listening to TV shows on the budget, that one gets a clearer picture. Some of the additional information is disquieting. Total expenditure in 2022-23 is estimated to be Rs 39.45 lakh crores. The revised estimate of total spending in 2021-22 is Rs 35.70 lakh crores, so total expenditure will go up by about 11 per cent. Total outlay for agriculture goes up by about 3 per cent, while expenditure on health will have a negligible increase during the year. The outlay for MGNREGA will be lower in absolute terms, with the budget allocation much lesser than actual spending undertaken in the previous year, as shown in Figure 2. Defence expenditure will see an increase of 5 percent while education expenditure will increase very substantially.  Keeping in mind that all these increases are in nominal terms, there may not be any actual real increase in some of these sectors.

The relatively low expenditure increase in health is particularly sad. It would also have been nice to see more disaggregated data for the expenditure outlay. There has been a relative stagnation in nominal terms in spending on the National Health Mission and the National Education Mission – as shown in Figure 3 – a stagnation in nominal terms that might translate into a real decline when inflation is taken into account. How much of the additional expenditure will be on primary schooling which is operating in crisis mode? The budget does talk of introducing digital learning both for primary schools as well as universities. While this is welcome, digital learning simply cannot substitute for old fashioned classroom teaching.

All Finance Ministers face a crucial trade-off – whether to implement an expansionary fiscal policy or maintain fiscal prudence by containing the fiscal deficit to reasonable levels. The Economic Survey pointed out that tax revenue collections during the year have been extremely buoyant and emphasized that the fiscal deficit target for 2021-22 would be met comfortably. Moreover, the Survey also mentioned that the buoyancy in tax revenue collections implies that the government will have the fiscal space to fund adequate investment expenditure. In fact, the government almost met its fiscal deficit of 6.8 percent of GDP for 2021-22, the revised estimate being 6.9 percent. The FM has chosen to be fiscally conservative by opting for a lower deficit of 6.4 per cent for 2022-23. Given the twin need to increase both growth-inducing expenditures as well as welfare-enhancing expenditures, very few would have faulted the finance minister if she had increased the estimated deficit to the same level as the current year, but increased expenditure on the social sectors and explicit job creation by providing additional support to the MSMEs. She could have issued a clear statement that, going forward, the government would ensure that long-term fiscal deficit targets will be met.

Since several states are going to the polls soon, there were apprehensions that the budget would contain several populist measures designed to win votes. I was pleasantly surprised to see that the FM has not succumbed to this temptation. Indeed, the budget focuses almost entirely on the long-term objective of stimulating growth. The principal instrument is an increase in capital expenditure, much of which will be spent on improving infrastructure. In fact, the FM can be accused of moving to the other extreme of populism. Very little support is being provided to the unorganized sector which has suffered most during the pandemic. The allocation on social sector spending is hugely disappointing and even the expenditure on MNREGA has been reduced. There is no reason to believe that the budget will improve welfare in the immediate future, although it may well be good for the Indian economy several years down the line.