Covid-19: How vulnerable are Indian states? 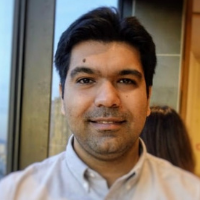 The Covid-19 pandemic has hit India badly. The health and economic impacts have differed in severity across Indian states, which were already heterogeneous in terms of their economic and health indicators before the pandemic. In our recent paper (Covid-19: Indices of economic and health vulnerability for the Indian states) we explore an interesting research question: has there been an additional impact on the economic and overall vulnerability of a state’s development because of the human costs of the pandemic? To answer this question, we construct indices of health and economic vulnerability for 22 major Indian states to assess the impact of the first wave of Covid-19. We use various health and economic factors to conduct our  analysis, which are presented in Table 1, with their respective data sources. Readers should note that the analysis in this paper was done before the onset of the second wave of Covid-19 in India. A similar study needs to be done to assess change in the vulnerability of the states after the second wave.

Using these two indices, we create an Overall Vulnerability Index (OVI) which is a normalized average of HVI and EVI. Our framework can also be used to evaluate the effects of various measures taken by the state and the central governments to alleviate the economic situation in the respective states or the country.

For the index construction, each of 22 states is first ranked based on their score in the factors considered such that a higher number indicates higher vulnerability to that state’s development. The sum of the ranks (for each state) is then normalized to the interval [0,1] by dividing all the values with the highest value for each factor. A higher value (a value closer to 1) represents greater vulnerability [1]. We now provide a brief factorial analysis of the difference in ranking of states for HVI, EVI and OVI.

In Figure 1 we provide a graphical representation of how the states have fared in terms of their health vulnerability index, before and after the onset of the pandemic.

Kerala has the lowest HVI, both before and after Covid due to better preparedness in terms of the health variables. Jharkhand, Madhya Pradesh, Uttar Pradesh, Assam, and Bihar are the states with both high pre- and post-Covid HVI whereas Odisha, Maharashtra, and Haryana are states with high Post-Covid HVI. Tamil Nadu, Jammu and Kashmir, Andhra Pradesh, Punjab, Maharashtra, Odisha, and Gujarat have had the highest jump in HVI because of the pandemic.

Odisha jumps to a high vulnerability situation despite low proportion of Covid-related deaths as a percentage of the population, since it has a low proportion of hospital beds per population (rural and urban) and a high proportion of people above 60 years. Despite this, the state has been praised by the WHO for its efficient and prompt handling of the pandemic. It recorded a high recovery rate of 69.4%, and mortality rate of just 0.29% in June 2020.

Uttar Pradesh’s overall ranking on other long-term health factors is low. Therefore, despite having a small proportion of population above 60 years of age, it appears in the list of high post-Covid HVI states.

Bihar also has the same post-Covid HVI as Uttar Pradesh but does much better in Covid-related variables, as it has the lowest percentage of population above 60 years of age.

Assam also has a high post-Covid HVI of 0.86 which is also due to its sub-optimal rankings in most health variables (not related to Covid). In fact, it has the lowest percentage of population above 60 years of age among all the states in our study and has a low proportion of Covid-related deaths than most states. Even then, due to its high pre-Covid HVI it continues to remain a high-risk state.

In Figure 2 we look at how the states have performed in terms of their Economic Vulnerability Index before the onset of the pandemic.

Bihar has the highest EVI score due to its low ranking in all economic variables, except unemployment in which its ranking is mediocre. It has a high proportion of population below poverty line (33.7 percent), a low coverage of MGNREGA throughout the state, lowest per capita state domestic product, and second lowest percentage of (projected) urban to total population. This makes it the most high-risk state in terms of economic conditions. Other states like Uttar Pradesh, Assam, Jharkhand, and Odisha also have similar rankings. Odisha, however, does much better than the other high-risk states in terms of MGNREGA coverage and unemployment rate.

In Figure 3 we observe the change in states’ overall vulnerability before and after the onset of the pandemic.

Bihar, Jharkhand, Uttar Pradesh, Assam, and Madhya Pradesh have remained highly vulnerable in terms of OVI both before and after the onset of the pandemic. Unfortunately, in terms of OVI, the states hardly show any change in their rankings. Our overall observation is that states like Uttar Pradesh, Madhya Pradesh, Bihar, Assam, and Jharkhand have been high risk states throughout, according to all the indices in both the periods:  pre- and post-Covid.  Some states like Maharashtra, West Bengal, Haryana, and Odisha are the only states which have a high post-Covid HVI despite a not-so-high pre-Covid HVI. This is due to high Covid-related deaths per population (Maharashtra), lower hospital beds per population (Odisha) or due to high percentage of vulnerable population (those above 60 years of age). West Bengal and Haryana are the two states which were on the margin of high HVI and their post-Covid HVI is high due to their mediocre ranking on all the Covid-related variables. Among the states that have witnessed a sharp increase in vulnerability, Tamil Nadu had the highest jump in vulnerability since its proportion of Covid-related deaths to total population is third highest, and it also has the second highest percentage of population above 60 years of age.

Focusing on certain indicators that reflect the state’s approach and capability to tackle health emergencies, in our analysis all the states except Delhi, Kerala and Jammu and Kashmir report a deficit in health facilities and Jharkhand ranks the lowest. The status of hospital beds per population is also dismal across the states with the highest percentage at about an unimpressive 41 percent in Karnataka and Bihar ranking the lowest with only about 3 percent. Moreover, the highest share of population covered under a health scheme or insurance is at 74.6 percent in Andhra Pradesh, while Jammu and Kashmir ranks the lowest (4.2 percent) followed by Uttar Pradesh and Assam at 6.1 percent and 10.4 percent respectively.

When it comes to economic factors, Bihar ranks the highest in economic vulnerability followed by Uttar Pradesh and Assam. Our recommendation would be to focus on the states:  Uttar Pradesh, Madhya Pradesh, Bihar, Assam, and Jharkhand as they have the highest indices of each type and their vulnerabilities either remain the same or have increased significantly.

[1] The exception being for EVI where there is no data available for Telangana, so the lowest rank for any state is 21 instead of 22. We are also counting Delhi as one of the ‘states’ since it has been significantly affected in the pandemic.