Shifts in women’s (and men’s) work in India over two decades: evidence from time use surveys 1998-2019 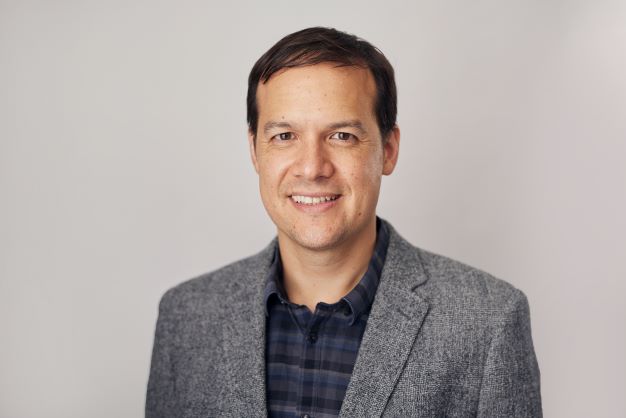 The trend of declining labour force participation rates of Indian women has prompted a debate. Are fewer women “working” (in paid work), i.e. dropping out? Or are they working fewer hours because of fewer opportunities? If indeed fewer opportunities are available, we might see a reduction of hours worked for men as well. My research, based on two rounds of Time Use data, supports the latter picture.

The National Sample Survey Office (NSSO) recently completed a national time-use survey in 2019. A pilot time-use survey was completed between July 1998 to June 1999 in the states of Gujarat, Haryana, Madhya Pradesh, Meghalaya, Odisha, Tamil Nadu. Thus, we can compare changes across time for these states, which represent almost a quarter of India’s population. Combined, these surveys provide a representative and detailed picture of trends in work in the two decades leading up to the coronavirus pandemic.  The picture they paint is of a substantial decline in paid work hours for both women and men. Men partly compensated for the decline in paid work hours with additional unpaid work hours (e.g. household farm or non-farm enterprise) but women did not. While inequality in total (paid and unpaid) work hours between men and women increased during this period, leisure inequality declined because the decrease in work hours for women was replaced by leisure rather than “domestic” work.

Table 1 presents data on the average minutes of work per day for individuals between the age of 25 and 59 in the six states listed above. In addition to time-use during the last 24 hours, the survey also asks respondents about their principal usual activity status — the traditional measure of labour force participation in India. Detailed time-use data has the advantage of capturing unemployment, underemployment, and part-time work, and also allows for a detailed breakdown of different types of work.

I consider three increasingly broad definitions of work – paid work, all work (which combines paid work with unpaid work for household farm/non-farm enterprises that may sometimes constitute “hidden unemployment”), and “non-leisure” (which combines all work with unpaid domestic maintenance/caregiving that is traditionally dominated by women and not considered “work” from the perspective of labour force participation or measured in national accounts statistics like Gross Domestic Product).

For women, there was little change in usual activity status between 1998 and 2019 – about 27 percent of women reported that their usual status was working for pay, and about 32 percent reported that their usual status was any kind of work. However, average minutes of paid work fell from 103 to 64 minutes and average minutes of total work fell from 206 minutes to 140. While both paid work and work for household farm/non-farm enterprises fell for women, this did not lead to increases in unpaid domestic work, which actually fell by 4 minutes. Instead, the total amount of “non-leisure” (the sum of paid work and all forms of unpaid work) fell, corresponding to an increase in daily leisure of 70 minutes for the average woman.

The time-use data show that changes in self-reported usual activity status may not be very informative about the actual amount of time spent working. For example, work status was constant for rural women and fell for urban women between 1998 and 2019, while minutes of work fell for rural women and were constant for urban women. The second panel of Table 1 breaks down minutes of work and “non-leisure” according to whether women report work as their usual status or not. Women who reported “work” as their usual status worked over four more hours than those who did not, and spent about 100 minutes less time on leisure, highlighting the double-burden of domestic work and “work” work for these women. Women who do not report work as their usual status still spent a lot of time on activities traditionally classified as work in 1998-1999, particularly in rural areas (over 2.5 hours a day on average). But regardless of their reported usual work status, minutes of work fell substantially for women. This suggests that an exclusive focus on labour force participation may provide a deceptive picture of the state of the labour market and significantly understate the decline in productive work opportunities for women, which could occur through increases in periodic unemployment or more limited daily work hours that do not affect measured labour force participation.

The last panel of Table 1 shows that the trends in minutes worked between 1998 and 2019 were also very negative for men. This fact is also not apparent when looking at changes in usual activity status for men, with over 96 percent of men reporting work as their usual status and almost no changes in this figure over time. Minutes of paid work fell by even more for men than women in absolute terms – 112 minutes overall (vs. 39 minutes for women) – and declined in both rural and urban areas. In percentage terms, the reduction in minutes of paid work was larger for women (38 percent) than men (33 percent), especially in rural areas where paid work for women fell by half while paid work for men fell by only a third. An important difference is that men partly compensated for the decline in paid work by increasing work for household farm/non-farm enterprises, resulting in a smaller decline in minutes of work overall (51 minutes for men vs. 66 minutes for women) and a much smaller percentage decline (32 percent for women vs. 10 percent for men).

Comparing the work trends for men and women highlights two interesting facts about the role played by gender norms. First, while men have borne the brunt of the reduction in paid work, gender norms put pressure on men to earn income which results in large increases in self-employment in household farm/non-farm enterprise. Women’s work is then squeezed on two fronts – they often compete with men for an ever-dwindling number of paid work hours, and their unpaid labor for household farm/non-farm enterprises may be substituted (within the household) or outcompeted (across households) by the increase in labour supplied by men to this sector.

Second, a silver lining for women is that despite a growing gender-gap in time spent on “work” work, women have not been forced into working more on gender normative traditional domestic duties. Time spent on domestic duties fell by 4 minutes for women but rose by 7 minutes for men, resulting in a slightly more egalitarian distribution of domestic work. The fall in “non-leisure” for women was greater than for men, resulting in an increase of 70 minutes of leisure for women versus only 44 minutes for men. This resulted in a substantially more egalitarian distribution of leisure – while in 1998 men enjoyed 51 more minutes of leisure than women, by 2019 this gap was reduced to only 25 minutes.

The numbers in Table 1 provide average changes in work down by sector, but there is also substantial variation across the six states in the sample and for different types of households. Figures 1 and 2 provide additional evidence on levels and changes in minutes of work and non-leisure for households with different levels of real monthly per capita expenditures and for individuals with different levels of completed education.

Figure 2 shows somewhat similar patterns with respect to education levels. Work minutes for rural women fell by about the same amount regardless of education level while for urban women there were small increases in the middle of the education distribution and decreases for the most educated women. For men, there is a clear decrease in work and increase in leisure for the least educated men and little to no change for men with the highest levels of education.

Together, figures 1 and 2 imply that inequality in work and leisure has also decreased in India – while the poorest and least educated men and women traditionally worked more hours and consumed the least leisure, this relationship has flattened somewhat in the last two decades. They also highlight that in terms of time spent working, there is little evidence of a U-shaped relationship with income or education in rural India and the U-shaped relationship with education has flattened for urban women. The trend in leisure are strikingly similar to those observed in United States in recent years (e.g. an increase in leisure for the least educated/lowest income households, particularly for men – see Aguiar and Hurst (2009) and Aguiar, Bils, Charles, and Hurst (2021)) but the cause is unclear. An increase in the quality and availability of mass media, particularly TV (which in India can account for a 40-minute increase in leisure out of a total 70-minute increase in leisure for women) but increasingly internet and video games, may have reduced labour supply by making leisure more attractive. Alternatively, rising leisure may be a consequence of the lack of attractive work opportunities for all but the most educated men and women.

Overall, India’s available time-use data paint a highly negative picture of trends in work for both men and women, trends that are not apparent when looking only at labour force participation (usual work status). The data highlight the dire situation of paid employment for men and the spillover this has on both paid and unpaid work available to women due to work-related gender norms. At the same time, a silver-lining is that despite an increase in the gender-gap in minutes of work, the gender-gap in minutes of domestic work and leisure were reduced in favour of women.