The worrying patterns of tobacco consumption in India 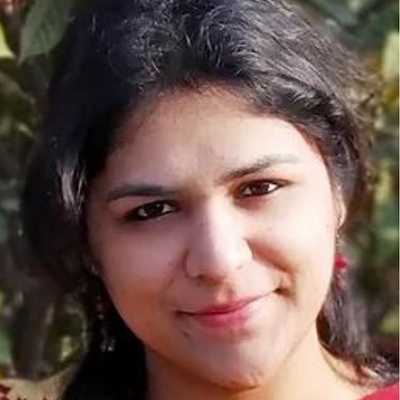 Four out of every ten households in India have someone who smokes, which means that in addition to direct tobacco consumption, a large share of Indians is exposed to secondhand smoke. This has potentially serious consequences for Indians’ health, and also for the country’s economy.

A smoker in four out of every ten households

The human, health and economic toll of tobacco consumption – both through direct consumption and passive exposure – are colossal. And yet, millions of Indians smoke cigarettes and bidis or consume smokeless tobacco in the form of gutka, khaini or paan masala.

But perhaps more than direct consumers, millions more are exposed to many of the harms of tobacco by indirect exposure through secondhand smoke.

Sample this: while 4.1 percent of women and 39.1 percent men aged 15-49 surveyed during  the 2019-21 National Family Health Survey (NFHS-5)  reported consuming some form of tobacco, 47.7 percent of the women and 62.1 percent of the men reported that they had been in the presence of someone else smoking in the 30 days preceding the survey.

The NFHS also found that someone smokes in four in every ten households (40.7 percent) in India, with someone smoking on a daily basis in one-fourth of the households surveyed. But these numbers vary greatly by state.

In Mizoram, for example, there is someone who smokes in 82.5 percent of all households, the highest in the country. The state is followed by two other states from the North-East region – Meghalaya and Tripura – where there is someone who smokes in 75.2 percent and 74.7 percent of households, respectively. On the other side of the spectrum are Puducherry and Tamil Nadu with only 11.4 and 14.6 percent households having someone smoking at home, respectively.

The poor, those living in rural areas, and those with no schooling most likely to be consuming tobacco

Both men and women living in rural areas were more likely to be consuming tobacco. Tobacco consumption was higher among men and women with lesser schooling – while less than one percent of women who had completed 12 or more years of schooling reported consuming tobacco, among those with no school education, 9.4 percent women consumed tobacco. Among men too, tobacco consumption followed a similar pattern. While 23.5 percent of men who had completed 12 or more years of schooling consume tobacco, 61.8 percent of men with no schooling did so.

Those from scheduled tribe households were most likely to smoke; and higher tobacco consumption was also reported from the poorest households.

There was a small decline in tobacco consumption among both men and women as compared to the previous round of the survey. In NFHS 4 (2015-16), 6.8 percent of women and 44.5 percent of men aged 15-49 had reported consuming tobacco.

“One of the biggest health threats the world has ever faced”

Tobacco’s myriad damaging effects on health are well established and documented. The World Health Organization (WHO) calls the tobacco epidemic “one of the biggest public health threats the world has ever faced”, and it is estimated that tobacco kills over 8 million people around the world each year, including 1.2 million people who suffer due to exposure to second-hand smoke.

A third of all cancers in India were associated with the use of tobacco, a 2021 study of hospital-based cancer registries by the Indian Council of Medical Research and National Centre for Disease Informatics and Research (2021) found. Among men, nearly half (48.7 percent) of cancers had a tobacco association, while among women 16.5 percent of all cancer cases could be associated with tobacco, the study noted.

In addition to cancer, tobacco use is associated with a wide range of diseases, notes the NFHS, including “heart and lung diseases, diabetes, eye disease, and rheumatoid arthritis. Studies have shown that in addition to sharing the same health risks as men, women who use tobacco experience difficulty in becoming pregnant and are at an increased risk of infertility, pregnancy complications, premature births, low birth-weight infants, stillbirths, miscarriages, and infant deaths.”

Tobacco consumption has also been established as a risk factor for developing severe disease with Covid-19. In addition to impairing the ability of lungs to fight back disease, tobacco is also a major factor for four main non-communicable diseases — cardiovascular disease, cancer, chronic lung disease and diabetes – all of which make people susceptible to higher risk of severe illness if affected by Covid-19.

Research has found a high association between smoking tobacco and increased mortality and severity of disease in patients infected with Covid-19. Various studies have found Covid-19 patients who were current smokers in higher need for hospitalization, mechanical ventilation, and at higher risk of developing major adverse cardio-vascular events and even death, (Poudel et al. 2022, Clift et al, 2021, Hou et al, 2021).

Additionally, tobacco use also has colossal financial costs on individuals as well as the larger economy. Its use impoverishes families, impacts their well-being, increases inequalities, and damages both the society and the economy, the WHO observes.

Even if governments impose sin taxes on tobacco products, the revenue they generate does not outweigh the costs that tobacco imposes on the society, research shows. In fact, WHO asserts that “tobacco revenue is fundamentally at odds with public health initiatives and not a sustainable economic growth strategy.”

In their research examining economic costs of diseases and deaths attributable to tobacco use in India, Rijo M. John et al. (2021) estimated that the total costs for persons aged 35 or older in the year 2017-18 amounted to INR 1,773.4 billion (US $27.5 billion), with smoking contributing 74 percent and smokeless tobacco contributing 26 percent to the total costs. Men bore 91 percent of the total costs, the study calculated.

And for every INR 100 that the government received as excise tax on tobacco products, a cost of INR 816 was imposed on society because of its consumption, John et al. (2021) found.

Another study by Rijo M John and Estelle P. Dauchy (2022) calculated the economic costs of exposure of people aged 15 or more to secondhand smoke to be INR 566.7 billion (USD 8.7 billion) for the year 2017, amounting to Rs 705 per adult who was not a smoker. This amount was roughly 0.33 percent of India’s GDP.

Women and younger people bore the highest costs of exposure to secondhand smoke, the study observed.

Not enough tobacco consumers have made the effort to quit

Among those who smoke cigarettes or bidis, 36.9 percent women and 44.1 percent men reported smoking 5 or more bidis/cigarettes each day, the NFHS data shows. Despite the many harms, not enough tobacco consumers are making an effort to quit. Over 60 percent of women who consume tobacco and 53.7 percent of men who do so were advised by a doctor/health care provider to quit smoking and tobacco use in any form, the NFHS 5 found.

But among those who consume tobacco, only 31.8 percent women and 30.2 percent men said they had tried to quit it in the past 12 months. However, this varied by state. The share of women who wanted to quit was particularly high in Puducherry (83.3 percent) while in Ladakh, Goa, Jammu and Kashmir, Assam and Sikkim, less than fifth of women tobacco consumers said they had attempted to quit.

Among male smokers, 47.6 percent of those in Manipur said they had tried to quit in the preceding year, the highest share in the country, followed by Odisha (46.1 percent) and Uttarakhand (44.5 percent), while Ladakh had the smallest share of such men (3.5 percent), followed by Lakshadweep, Jammu and Kashmir, Assam and Tripura.