Picture This: How caste increases stunting in Dalit kids 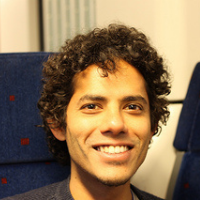 India is home to nearly one-third of all stunted children in the world, i.e., children under 5 years whose height relative to their age is below the acceptable range of global variation. The situation is so grave that the average incidence of stunting in Indian children is higher compared to the average of 30 countries in Sub-Saharan Africa (SSA).

But a simple comparison overlooks factors like the prevalence of caste discrimination in India. The picture above tries to look at sub-national variation in stunting in India and finds both regional, and social variations. This analysis is based on the estimates from the National Family and Health Survey 2015-16 (NFHS-4).

We find that for the upper caste Hindu community, 17.62 percent of the districts have stunting prevalence of less than 20 percent. This number is only 2.65 percent for SC-ST as a group. This means for the SC-STs there are very few districts with low prevalence of stunting.

31 percent of children in Sub-Saharan Africa are stunted. While the overall number for India is higher (35 percent) than SSA, we must note that for UC-Hindus, this number is 26 percent, while for OBCs, SC-STs, and UC-Muslims, this number is 36, 40, and 35 percent respectively.

Our research study shows that socio-economic differences between communities does not fully account for child height gap. We show that the presence of the illegal but widespread practice of untouchability increases stunting among Dalit children but does not affect the heights of UC-Hindu children. Thus, untouchability is one of the key factors responsible for difference in heights of UC-Hindu and Dalit children. We need urgent policy responses that improve service delivery to pregnant and nursing mothers from stigmatized groups and consequently the health outcomes of lower caste children.