Rural sanitation: NFHS vs other surveys 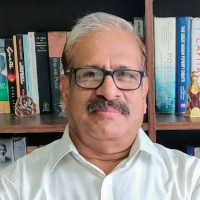 Over the years the National Family Health Surveys (NFHS) have evolved into a major source of data producing a vast array of indicators (the recently released fact sheets from NFHS 5 provide estimates on 131 indicators) relating to demographic, health, nutrition, and socio-economic status of the people. The recently conducted NFHS-5 (2019-20) gathered information from around 6.4 lakh households. This is much beyond what the NSSO or any other national surveys usually cover.  With such a large sample size, it legitimately claims to be capable of producing reliable estimates even at the district level.

Survey agencies usually try to collect as much data as possible in a survey, often going beyond the core theme, not only to satisfy the funding agencies but also to meet the interests of an ever- widening data user community. Elsewhere, we have commented on how estimates of population sex ratio from NFHS-5 could have come from its emphasis on surveying ‘families’ while leaving out single member male headed households like defence forces, student hostels, workers/migrant camps etc. We now look at another set of indicators relating to household sanitation provided by the NFHS-5.

Sanitation practices are indeed an important determinant of family health, and collecting such data in NFHS is vital for understanding the health behaviour of the population. Fortunately, sanitation is also studied in a special series of surveys conducted by the Ministry of Drinking Water and Sanitation; the most recent results are from its National Annual Rural Sanitation Survey (NARSS) Round-3 (2019-20). We also have data from an NSSO survey on sanitation and housing conditions in 2018 that asked about the sanitation practices in households. It will be interesting to situate the findings of NFHS-5 along with the claims of the Government on sanitation in order to answer two important questions. One, how far does the NFHS-5 results match with those of the NARSS (sponsored by the implementing Ministry) and two, whether the rejection of the findings of an earlier NSSO survey by the Government stands to scrutiny.

Sanitation related indicators have come to be of immense importance in the backdrop of the ‘Swacch Bharat Mission’ (SBM) launched on 2nd October 2014 which aimed at ‘eliminating open defecation in rural areas by 2019 through mass behaviour change, construction of household-owned and community-owned toilets and establishing mechanisms for monitoring toilet construction and usage’. All villages, Gram Panchayats, Districts, States and Union Territories in India declared themselves “open-defecation free” (ODF) by 2 October 2019, the 150th birth anniversary of Mahatma Gandhi, by constructing over 100 million toilets in rural India. The Government is now moving towards Phase II of Swacch Bharat Mission Grameen (SBMG) to reinforce ODF behaviours and focus on providing interventions for safe management of solid and liquid waste in villages.

NFHS collected sanitation data in great detail from surveyed households. These include type of toilet facility used, its location, access, sharing, drainage system etc. Usually in surveys, collection of visible and verifiable physical information has an advantage of lower response errors, unlike quantitative information. Any omission of homeless or marginalised homes can only lead to the presentation of an improved picture rather than a dismal one. It is in this context that we look at the findings of NFHS on sanitation.

Improved sanitation facility in NFHS means having any kind of flushing out facility, pit latrine or one not shared with any other household. The NARSS, however, is aligned with the SBM of the Ministry of Drinking Water & Sanitation and is implemented through private agencies with the express purpose of deriving Disbursement Linked Indicators (DLI). NARSS thus measures the performance of each state with respect to the DLIs and the survey components include a household sample survey and a village survey. The table below gives estimates from the NFHS-5 and NARSS 2019-20 for some major states for which detailed NFHS results are currently available. At the time of writing, only a few detailed state reports are available from NFHS. However, we have fact sheets giving key indicators for all states and for India.

DLI 1 focuses on the reduction in the prevalence of open defecation. This indicator is based on the rural population having access to sanitation facilities and their use determined on the basis of access to a toilet, functionality of the toilet, safe disposal mechanism of human excreta, hygiene status of toilet and safe disposal of child faeces. DLI 2 measures the rural population of ODF villages showing sustained ODF status. This is calculated based on households having access to and making use of toilets, besides the use of toilet in schools and public places and absence of visible faeces in village surroundings and places historically used for open defecation. The estimates of improved sanitation and population living in ODF villages are thus comparable with the DLI published by the NARSS.

Data from the NARSS and NFHS are compared in Table 1. In Figure 1, we compare DLI 1 and Indicator 9 of the NFHS (columns (2) and (4) from Table 1). According to the NFHS, the percentage of rural population having improved sanitation is indeed poor for many states. For states for which detailed reports are in the public domain, besides the percentage of population not having improved sanitation, we also have the percentage of population not using any toilet facility and using open spaces or fields (last column in Table 1). The NARSS reports a very rosy picture of SBM achievements. Except for Kerala, where all indicators converge, we observe that the NFHS findings strongly contradict the claims of achievements in sanitation for most other states.

The NSSO had conducted a survey during July-December 2018 covering drinking water, sanitation, hygiene etc. This survey had reported 71.3 per cent of households having access to latrines, a figure far lower than the NARSS 2018-19 figures of 93.3 per cent.  Though the NSSO findings did show a vast improvement in sanitation practices in rural areas, these findings were not accepted by officials who had then highlighted the possibility of  NSSO respondents underreporting access to toilets so as to grab benefits from government schemes.

The NFHS contains information on both use and access to toilet facilities, which are very useful to understand behavioral issues. The indicators now published, however, do not throw much light on this. As and when unit level data from NFHS are made available to the research community, one would expect a more incisive picture to emerge and critically confront the official claims on SBM.

If one were to accept the official claims, the findings from NFHS-5, though available partially, clearly indicates the need for reinforcing the behavioral change the government plans to sustain during the Phase II of SBM. These findings also highlight the needs for cross-validating administrative data by independent sample surveys.