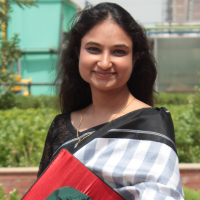 India reported 348,979 new cases of Covid-19 infection on Saturday, 24 April 2021. It also reported 2,761 deaths on the same day. This was the highest single day rise in new cases in any country in the world since the pandemic began.

With a devastating second wave of Covid-19, India now has more than 2.8 million active cases. The situation is especially grim in states like Delhi, UP and Gujarat. The pandemic is wreaking so much havoc that doubts are being expressed about the number of deaths being reported. Indian social media is filled with urgent requests for hospital beds, oxygen cylinders and important medicines. Various cities (Delhi, Amritsar) in the country have seen patients die in hospitals because of lack of oxygen supply. The short supply of oxygen has prompted industry names like Tata group to airlift cryogenic tankers from Singapore to supply the lifesaving oxygen to some hospitals in India.

India launched its Covid-19 vaccination program on 16 January 2021 with healthcare workers and frontline workers getting priority in phase 1. This vaccination program has so far been dependent on two vaccines; viz Covishield and Covaxin. Covishield is the vaccine developed by AstraZeneca-Oxford University and licensed to Serum Institute of India (SIII), the world’s biggest manufacturer of vaccines. Covaxin has been developed by Bharat Biotech in association with the Indian Council of Medical Research (ICMR) and National Institute of Virology (NIV). Both vaccines have a two-dose regimen with the second dose of Covishield taken between 28 to 56 days after the first dose while the second dose of Covaxin is taken between 28 to 42 days after the first dose.

Why vaccination is the only silver bullet

India’s Covid-19 vaccination program has managed to inoculate nearly 116 million Indians with at least one dose of one of the vaccines. But this is only 8.47% of its population. While the US launched its vaccination program a month before India’s, it was also able to vaccinate 25% of its population in the same period in which India has only managed to vaccinate 8.47%.

India’s vaccination program has faced criticism both for being tardy and too tightly controlled. The government faced criticism for the slow pace of vaccination in February 2021 and a senior official in the ICMR’s task force on Covid-19, Dr N K Arora said, that the pace of vaccination was deliberately kept low as they wanted to learn about the hiccups in the system before ramping up the pace. At the same time, epidemiologists like Bhramar Mukherjee asked India to ramp up vaccinations at a time when new infections were still low. “If vaccines are given in large numbers right away, we’re going to be in a very good position,” said Mukherjee. “By the time infection-induced immunity wanes, people will get vaccine-induced immunity.” But the slow rollout of different phases in the country hampered build-up of vaccine-induced immunity in a bigger section of people in the country.

As can be seen from the chart above, India’s vaccination program has not been able to pick up pace more than 3 months after it was launched. The program has faced criticism for being too centralized as well. While the government of Maharashtra proposed to inoculate all adults in the city of Mumbai which has been in the throes of a strong second wave since March, it was not allowed to do so. The first phase of vaccinations focused only on healthcare and frontline workers and this decision was criticized as early as February for having kept the elderly out of the program. Moreover, the reluctance to deploy the private sector in delivering inoculations was said to have hampered a quick rollout. The second phase, rolled out on March 1, included those above 60 years in age or those above 45 years but with comorbidities. The private sector was also allowed to administer vaccines but the Covid numbers in India had begun to surge in February itself.

The third phase opened the vaccination program to anybody above 45 years of age from April 1. The second wave of the pandemic in India was already underway by then as cases had started rising sharply.

Figure 2 (below) shows the count of daily vaccinations (7 day moving average) in India from 16 January 2021 till now. As can be seen in the graph, the growth in vaccination has been slow and uneven and India has not been able to scale it up. Moreover, the number has taken a dip since the first week of April 2021.

Source: Authors’ calculation based on data from covid19india.org

One of the biggest reasons for this is the lack of adequate vaccine stocks. Vaccine centers in various parts of the country were forced to halt operations temporarily for want of vaccine doses. Out of 73 vaccination centers in Mumbai, only 37 were working on Sunday, 25 April 2021 due to lack of vaccine stocks. Similar stories have been reported from various parts of the country.

Since January, India also exported 66.2 million doses of the vaccine to other countries. As vaccine shortage struck, the government halted exports of the vaccines in the last week of March.

SII had a capacity to produce 70 to 90 million doses of Covishield a month which was expected to be increased to 100 million a month in March. With more than 90% of India’s vaccines being Covishield, a capacity of 100 million doses a month may fall well short of India’s monthly requirements. This will barely meet India’s present daily average of nearly 3 million doses. On the other hand, experts like Mukherjee suggest that India needs to scale up daily vaccinations to over 10 million.

With Covid vaccinations controlled tightly, questions have also been raised about how vaccine stocks are allocated to different states in the country. Figure 3 shows vaccine allotment to 22 states as on 14 April 2021. The states account for 98% of the cases and 97% of vaccine allotment in the country. These numbers are based on the reply to a RTI application filed by Lokesh Batra.

Source: Information from a RTI application by Lokesh Batra

However, Figure 3 may not provide us the full information, since it only considers absolute numbers, and does not take Covid positive cases in these states. If we plot vaccine allotment to each state based on cumulative number of Covid cases reported from the state till 14 April 2021, then we get the number of vaccines allotted to each state per case. We report this in Figure 4 below.

Figure 4 shows the extent of variation in vaccine allocation to states. While the highest allocation to a state per case is 31, the lowest is only 4. Gujarat tops this list with vaccine allocation, while Maharashtra finds itself at the bottom. This chart shows that all the southern states (Kerala, AP, TN, Karnataka, and Telangana) are closer to the bottom of the list, along with Delhi. While these states experienced high number of Covid infections, their vaccine allocation has not been at the same level.

Would vaccine allocation to these states look any different if it was calculated based on the target population – individuals aged 45 years or more? We examine this in Figure 5 below. We have calculated the number of doses allocated to these 22 states per individual older than 45 years.[4]

Figure 5 (above) ranks states in a decreasing order of vaccine allocation based on population aged 45 or more. A figure of 0.71 for Chhattisgarh means 71 doses have been allocated to the state for every 100 individuals above 45 years. Once again, we find that there is wide variation in vaccine allocation to these states even by this criterion. At the bottom of this list is Tamil Nadu which has been allocated only 22 doses per 100 individuals over the age of 45 while Chhattisgarh tops the list with 71 doses.

While there is no discernible pattern to vaccine allocation, is there a pattern when it comes to consumption of this quota? Figure 6 below looks at vaccine consumption for these states. On average 87% of allocated vaccine doses had been consumed by these states but even here we find wide noticeable variation between states. While states like Andhra Pradesh had used 99 percent of vaccine doses allocated to them, others like Delhi, Haryana, Jharkhand, Punjab, and Tamil Nadu used only about 80 percent. This also points to the need to allow vaccination criteria to be decided at state levels as state governments are best equipped to understand local needs and hindrances.

A not very optimistic picture

While India battles with a destructive second wave of coronavirus, the only silver bullet remains vaccination. India’s known vaccine manufacturing prowess notwithstanding, the more than 3-month-old Covid vaccination program has not taken off as quickly as it was needed to. With production of vaccine doses not meeting daily needs going forward, it may be difficult to sustain the next phase of vaccinations in the country which starts from May 1 and when all adults will become eligible to receive a dose.

India’s Covid vaccination program has also come in for criticism for its poor stock planning. USA signed a deal with Pfizer in July 2020 for 100 million doses of the Covid vaccine with an option to purchase 500 million additional doses. In August 2020, it followed this up with another deal for 100 million doses of Moderna’s under development vaccine with an option to purchase an additional 400 million doses. Similarly, the UK signed a deal with Pfizer in July 2020 to purchase 90 million doses of its Covid vaccine. These early moves allowed both USA and UK to launch their vaccination programs with large quantity of vaccine doses in the pipeline. In contrast, India did not sign any such advance purchase orders with SII or Bharat Biotech for their vaccines. With no advance investment in vaccine stocks, the manufacturers were not able to ramp up production and real time supply of the vaccine has trailed demand in the country, thus hampering the vaccination program.

Moreover, the Indian government did not hedge its bets as far as vaccine acquisition is concerned. Other vaccine candidates, like Pfizer and Moderna, were not pursued. In 2020, the Health Minister seemed dismissive of the need for other vaccine candidates when he said that India may not need the Pfizer vaccine for its vaccination program. This changed earlier this month when the Centre changed its policy and announced that fast track approvals would be granted to foreign vaccines that have received emergency use authorization in other countries.

India now needs to vaccinate an unprecedented scale to defeat the pandemic. Does the scale present a challenge? Yes, the scale of vaccinations required presents an administrative challenge but India’s experience and success in running extensive mass vaccination programs can come in handy. Having run extensive mass vaccination programs in the past (like the Universal Immunization Program, launched in 1985), India has been able to build both an ecosystem for manufacturing vaccines and a system to administer them to the population. India’s success in eradicating polio in 2014 came on the back of the Pulse Polio Immunization Program. The success of these programs was based on extensive planning and execution coupled with financial support from the government. A similar approach followed now can help India defeat the coronavirus pandemic.

[4] Population of 45 years old and above is based on the report ‘Population Projections for India and States 2011 – 2036’ released by the Ministry of Health and Family Welfare.