Will India face a third wave of Covid-19? 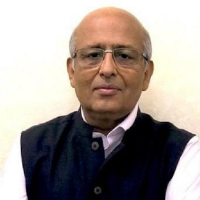 The Coronavirus pandemic has been center stage in India’s public discourse since March 2020 when the country saw the first lockdown being imposed. Till 9 July 2021, India had officially reported a cumulative 30.7 million cases of Covid-19 with more than 400,000 deaths. The months of April and May 2021 saw India face a brutal second wave of the coronavirus pandemic. At its peak India saw more than 400,000 new cases of Covid-19 everyday with more than 4,000 daily deaths reported during this period.

With the peak of the second wave well and truly behind us, there is a possibility of people assuming that the pandemic is now over. Nothing could be farther from the truth, and a closer look at data can help disabuse us of this notion. India continues to report roughly 40,000 new cases of Covid-19 everyday even now. While this number is barely 10 percent of the peak seen in May 2021, it is still high. It is true that north, and central India are reporting fewer incidences of coronavirus infection now but west, south, and north-east India are still reporting high numbers daily.

A more worrying sign is the rising number of active cases over the last one month as seen in Figure 1. With the economy opening up, this ought to be of concern to us.

India has a decent test positivity ratio of 2.2 percent, but we must strive to bring it under 1 percent. The pace of vaccinations which seemed to be on an upswing two weeks ago has also slackened since (Figure 2). India has administered at least one dose to 22.4 percent of the population till 9 July 2021 while only 5.3 percent has been fully vaccinated yet.

With that snapshot of the present status of the pandemic in the country, let us now take a closer look at reasons behind the second wave.

The second wave of the coronavirus pandemic can be attributed to the perfect storm created by four factors coming together. These are:

After hitting a peak of 97,860 cases on 16 September 2020, the first wave had hit the bottom by December. As the count of new cases reported continued to go down in January, and February 2021, it induced a sense of complacency at the individual, government, and policy mechanism levels. Even as a complacent public and government let their guard down, India was seeing crowded events like the Kumbh Mela being organized. Some Indian states also had high political activity in the form of crowded public rallies as they prepared for assembly elections. Moreover, it was also the time for weddings across the country. In hindsight, we can say that the Kumbh Mela and the assembly elections proved to be super spreader events. While large crowds were gathering at these events, India also faced two highly infectious variants of the coronavirus, Alpha, and Delta. In the second wave we also saw the fraction of Delta variant in the population rising. Between early March and the end of May, the Delta variant became the dominant variant. With such a cocktail of factors present, it did not help that India had very low vaccine coverage by February end. Only about 4.2 million doses of the vaccine had been administered till then, covering only 0.3% of India’s population with one dose.

These four factors came together and led to the dangerous second wave of the pandemic in the country.

Is a third wave coming?

Figure 3 compares the daily reported cases in the top 10 most affected countries in the world. The first thing we notice when we look at the graphs is that there is no uniform pattern across countries. While some countries clearly show multiple waves, others don’t with daily infections remaining high (like Brazil, and Colombia). In countries that show multiple waves (USA, UK, Turkey), the gap between peaks is also not uniform. This is understandable since local dynamics in each country influence this.

Figure 3 tells us that different countries behave differently. Based on what we have seen in other countries, it would be hard to predict whether India will see a third wave or not, when it will appear, or if it will appear at all.

Three factors will determine the timing and magnitude of future waves in the country.

Will people continue to wear masks, practice social distancing, and avoid crowds or will India see a return of the kind of behavior seen in the second wave when super spreader events saw large crowds? Such individual choices will determine the timing and the strength of a future wave of the pandemic.

India has administered 369 million vaccine doses so far (till 9 July 2021) providing single dose coverage to more than 22.4 percent and full coverage to just 5.3 percent Indians. Will we be able to cover a much more substantial number with both doses of the vaccine by October?

If we can reduce transmission by appropriate individual behaviour and higher vaccination numbers, we can reduce virus circulation and multiplication. This will reduce the chances of random mutations that lead to virus variants.

That means people in India will need to stay alert and careful, follow safe behavior protocols and be especially alert during the festive period of October-November this year. People who were exposed to Covid-19 in the first wave would also show a significant waning of antibodies by then. Current data suggests that they would still get infected, but would be protected from severe disease, hospitalization, and mortality.

While we must stay alert and prepare for a third wave, we must also remember that smart individual choices, and smarter public policy can help ward off the danger that any wave may pose in the future.