The Indian Recovery Trajectory: U, V, W or K-shaped? 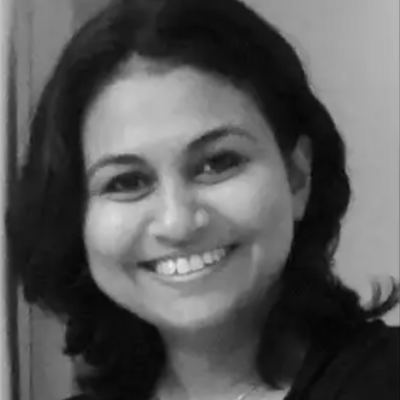 Vineeta Sharma helps us understand the shapes of economic recoveries. She argues that V, W and U can be understood as possible recovery shapes, K can at best describe the evolution of inequalities in the economy, in any particular phase of the business cycle. She presents data to show that the Indian economy is witnessing a possible V shaped recovery, with a continuation of rising inequalities in both income and wealth.

The recession in the Indian economy with the GDP growth rate plummeting to a negative 6.6 percent during 2020-21 has been followed by optimistic forecasts of a strong rebound in 2021-22. Based on GDP growth projections, there have been varied expectations about how the recovery path may shape up. Influential in predicting a V-shaped recovery have been the growth forecasts of the World Economic Outlook, IMF, January 2022, projecting the economy to grow at 9 percent in 2022 and thereafter at 7.1 percent in 2023; and more recently the Economic Survey 2021-22 putting the growth estimates at 9.2 percent for 2021-22. While business cycle literature recognizes V, W and U-shaped recoveries, the expected Indian recovery has also lately been associated with a K shape.

To examine different recovery shapes, it is pertinent to first delve into the notion of what constitutes a business cycle; what are recessions and recoveries? How do we characterize them?  What do recovery shapes signify?

The Business Cycle: Contractions and Expansions

While there are several alternative indicators that may be used to characterize aggregate economic activity, peaks and troughs are identified in the cyclical series measuring aggregate economic activity based on accepted algorithms. [1] A movement from a peak to a trough in the level series constitutes a contraction (recession) while that from a trough to a peak an expansion (recovery).

While the most commonly used measure of aggregate economic activity is the GDP, its highest available frequency is only quarterly since the mid-1990s for India, before which it was available at an annual frequency. Apart from being a summary measure, low frequency of data and lags in its release make it a difficult challenge for use in policy. High frequency indicators of economic activity, based on current and future activity indicators, are often used by central banks and international organisations to infer about the state of the economy on a real-time basis.

ECRI’s monthly coincident index of economic activity comprises various indicators that represent current economic activity such as output, income, employment and sales with the Bry and Boschan (1971) algorithm used for dating turning points. The coincident index is constructed for 22 countries, with the Indian economy data available from 1957 onwards. ECRI also calculates several leading and lagging indicators. The leading indicators consistently turn before the economy does, and are used to infer impending recessions and recoveries. Lagging indicators turn after the economy turns, and play a confirmatory role. The data is proprietary.

Developed in the 1980s, the OECD Composite Leading Indicator (CLI) provides early signals of turning points in the economic cycle. The monthly index is constructed as a composite of a number of indicators that provide a leading indication of the evolution of the cycle. It provides an indication of whether GDP levels are expected to be above or below long-term trends (in levels and not growth rates of the trend of GDP). The turning point chronologies are based on the NBER/ Bry and Boschan (1971) algorithm.

A second, related indicator, the OECD Weekly Tracker of GDP growth provides a real-time high-frequency indicator of economic activity using machine learning and Google Trends data and aggregates together information about search behaviour related to consumption, labour markets, housing, trade, industrial activity and economic uncertainty.  It is an estimate of the percent difference between weekly GDP and the pre-crisis GDP trend, with 95% confidence intervals (lower and higher bands) also given. The Tracker is one of several indicators that feeds into the OECD forecast process.

The Shape of Recoveries

Recovery shapes in empirical business cycle literature refer to graphical layouts of how the growth rates of GDP, or any other measure of aggregate economic activity plotted on a time scale look after a recessionary phase is over. They are usually inferred from empirically accepted forecasts of GDP, like the IMF World Economic Outlook, World Bank, ADB, RBI Survey of Professional Forecasters and the CSO GDP growth forecasts; or from leading indicators.

While the shape of a recovery is a crude indicator of the path of a downward cyclical phase merging into an upturn, it is by no means a dependable decree to infer how fast the economy is going to be “back on track”, let alone give any clue about whether the rebound will be anywhere close to the pre-recession levels.  For instance, a V- shaped recovery is usually associated with the optimistic idea that the decline in GDP during a recession would be seeing a reversal. However, Vs can be steep, wide spread and gradual in the gradient, indicating different lengths of time it may take to recover.

A W-shaped recovery implies that the recovery would be short-lived, soon to be followed by another dip and thereafter a rebound. Ws can possibly have small middle peaks, and as with a V, one may not reach the pre-recession levels. It is sometimes referred to as a double dip recession recovery. A U-shaped recovery, on the other hand, can be thought of as one where there is a prolonged stagnation after a recession, and the economy then gradually returns to positive growth, not necessarily to its previous peak.

A “K-shaped recovery” has been explained as one that branches into two different directions – a recovery that splits, with some income classes or sectors recovering rapidly while others being either slower in catching up or left out of the recovery process altogether. Can K describe a recovery path? The time path of none of the measures of aggregate economic activity can possibly resemble a K – it takes two series to describe a split. At best, a K can describe relative performance of different income or wealth groups or sectoral performances.

The shape of the Indian recovery

A plot of the growth rate of GDP for the Indian economy 2012-13 onwards based on the revised estimates of national income released recently (Figure 1) shows that the recovery path on the basis of the projected growth rate of GDP has a V shape. The dip in 2020-21, is preceded by a slowdown, with GDP growth rates continuously falling after 2016-17.

The OECD monthly composite leading indicator for the Indian economy (Figure 2) with a sharp dip in April 2020 and the weekly tracker (Figure 3) reinforce a V shaped recovery, with the tracker not entering a negative terrain any time in 2021.

Figure 4 plots income inequality in India sourced from the World Inequality Database. The divergence between the top 10 percent and bottom 50 percent begins to widen much before the recovery. The gap between the two which seemed to be narrowing till 1982 started widening thereafter, with the top 1 percent income share surpassing the bottom 50 percent in 2005. We can see the K shape here. However, according to official GDP data and ECRI dating, India witnessed a recession in 1996-97 and the next one only in 2020-21. None of these two recession years stand out as the points where the inequality begins to rise, they are merely points of continuance of the inequalities. Similar observations can be made about wealth inequalities presented in Figure 5.

Based on the sectoral growth rate performances and projections (Figures 6 and 7), the growth rates for agriculture and allied activities vis-à-vis manufacturing sectors seem to be divergent, with a K seemingly appearing in 2013-14, 2019-20 and 2020-21. However, this again does not seem to emerge as unique to the recovery process. If we look at the growth performance of financial services vis-à-vis the real estate sector, a K appears to be in 2012-13, 2017-18 and 2020-21.

Whether it is the increasingly divergent patterns in income shares of different class groups in national income, the relative greater decline of the informal sector vis-à-vis the formal sector, or relative growth rates of industrial sectors, none of these divergent patterns seem to emerge out of the recovery process, or uniquely related to it. Instead, the rising divergences have continued both through the recession and the recovery processes.

In sum, the Indian economy’s recovery is likely to be V-shaped with inequalities in incomes and wealth continuing to rise.

The shapes of recoveries are graphical layouts of how the growth rates of GDP or any other indicator of aggregate economic activity plotted on a time scale look after a recessionary phase is over. While V, W and U can be understood as possible recovery shapes, K can at best describe the evolution of inequalities in the economy, in any particular phase of the business cycle. To call the recovery K shaped is to obfuscate the fact that income and wealth inequalities had been on the rise well before the recovery, and that sectors have historically been growing at different rates. The Indian economy is witnessing a possible V shaped recovery, with a continuation of rising inequalities in both income and wealth.