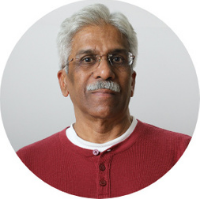 1. The issue: Since 2016, the Government of India has designated inflation control as the sole objective of monetary policy. It was claimed that this was a move to a ‘modern monetary policy framework’. With this the RBI made the transition to an inflation targeting central bank which most central banks within the OECD are, with the notable exception of the Federal Reserve Bank of the United States. The fact that the inflation target prescribed a range rather than a figure for the inflation rate is interpreted as signifying that the RBI is allowed to pursue inflation targeting flexibly, i.e., allowing for output growth targets. This, in my view, is a false assertion. First, there is no requirement in India as there is in the mandate of the US Fed to maintain “maximum employment”. Secondly, the assertion displays not the slightest doubt of the efficacy of inflation targeting in India. It is simply assumed that the RBI will be able to achieve the inflation and the unemployment rates that it desires.

2. Our first empirical strategy for assessing the role played by inflation targeting is to study the trajectory of inflation in India in recent years. This is reproduced in Figure 1.

The dynamics of inflation in India

3. It is indeed correct that inflation is distinctly lower in India since August 2016 when inflation targeting came into force. But note that inflation had been on a downswing for at least 3-4 years before that. Noticeably there is a steady lowering of food price inflation during this period. So too has the rate of change of the price of oil, which is almost entirely imported into the country, declined till very recently [4].

The upshot of this evidence cuts two ways. First, it is plausible that the inflation in India is driven by movements in the relative price of food and the price of imported oil. Indeed, there is a fully developed explanation of it in terms of these two variables. This is provided by the structuralist model of inflation, originally developed for Latin America’s economies, and shown to be relevant in the Indian case [5]. Secondly, as the price of food and oil are beyond the control of the central bank, inflation targeting may be less powerful than it is claimed to be by central bankers.

4. The New Keynesian Phillips Curve (NKPC), which underlies inflation targeting, and the structuralist model of inflation form, from the statistical point of view, a set of non-nested models in that one cannot be derived as a special case of the other. We estimate both these models for the period starting 2000 up to the first quarter of 2016-17, the second quarter of that year being when inflation targeting was adopted in India.

The NKPC was found not statistically valid in any of the several specifications of it that were estimated. In particular, the ‘output gap’, being the variable to which inflation is allegedly related, was found to be not significant. On the other hand, the structuralist model was statistically validated when estimated. The relative price of agricultural goods, being a proxy for the price of food, and the change in the price of oil were invariably statistically significant. Of these, the former turned in a much higher coefficient. These results led us to conclude that we may accept the structuralist model as true even without the non-nested test that would have been necessary had the NKPC been statistically valid.

5. The two models were estimated for the 64 quarters leading up to the first quarter (Apr-Jun 2016) of 2016-17. We then forecast inflation in India up to the first quarter (Apr-Jun 2020) of 2020-21 using the structuralist model [6]. As seen in Figure 2, the model forecasts quite well, and is able to mimic the observed decline in inflation from the second quarter (Jul-Sep 2016) of 2016-17 when inflation targeting was adopted in India. As the decline in inflation since 2016 is explained by the structuralist model and the NKPC is not statistically valid for India, there is no basis for the claim that the lower inflation in India in recent years is due to the adoption of inflation targeting in 2016.

The result of the forecasting exercise also bears the implication that there is no need to take recourse to the anchoring of expectations by the RBI to account for the decline in inflation since 2016, as asserted by Eichengreen, Gupta and Chowdhury (2020). Note that the structuralist model is not based on expectations of inflation but on wage bargaining based on past inflation.

Forecasts of a structuralist model of inflation

7. Our conclusions on the likely role of expectations in driving inflation in India is in line with that of a recent article by Jeremy Rudd (2021) of the US Federal Reserve. Rudd claims that there are no sound theoretical and empirical reasons to assume that expectations play a role. He is particularly critical of the rationalization that not having expectations play a role in driving wage changes would be tantamount to assuming money illusion. We may add that it is not necessary to assume money illusion to query a determining role for expectations. Wage determination could be the outcome of a bargaining process. That workers are able to get firms to agree to wage increases in line with expected inflation cannot be assumed. Rudd concludes that “By telling policymakers that expected inflation is the ultimate determinant of inflation’s long-run trend, central-bank economists implicitly provide too much assurance that this claim is settled fact. Advice along these lines also naturally biases policymakers toward being overly concerned with expectations management, or toward concluding that survey- or market-based measures of expected inflation provide useful and reliable policy guideposts. And in some cases, the illusion of control is arguably more likely to cause problems than an actual lack of control.”

8. We believe that the finding that the structuralist model can explain inflation in India is of significance.

Conclusion: Inflation targeting was adopted in India along with a slew of policies based on the assertions of the New Classical Macroeconomics. They encompass fiscal policy and exchange rate management. Globally, these have been discredited after the global financial crisis. In India, the policy-making establishment has continued with them as if such a re-thinking has not taken place within the economics profession. In the case of inflation targeting, it is significant that most macroeconomic outcomes – employment, growth, export growth and investment – have worsened after it was adopted in 2016. While this cannot be attributed to the adoption of inflation targeting it does imply that successful inflation control cannot guarantee desirable macroeconomic outcomes. On the other hand, the adoption of inflation targeting in India has kept real interest rates high, at times by international standards, when fiscal policy was also contractionary, and inflation was trending downward. This could not have been without consequences for the wider economy. We can now see how the illusion of control can at times be more harmful than an actual lack of control.

The author thanks M. Parameswaran for agreeing to the presentation of their joint work in this article and Bharat Ramaswami for alerting him to the evolving discourse on inflation.

[1] A second requirement would be that, even if the inflation model is a good representation of reality, the central bank has the necessary instruments.

[4] See Balakrishnan and Parameswaran (2021a) for the evidence.

RBI (2014) ‘Report of the Expert Committee to Revise and Strengthen the Monetary Policy Framework’, Mumbai: Reserve Bank of India’, https://rbi.org.in/Scripts/PublicationReportDetails.aspx?ID=743.