Does India have an inequality problem? 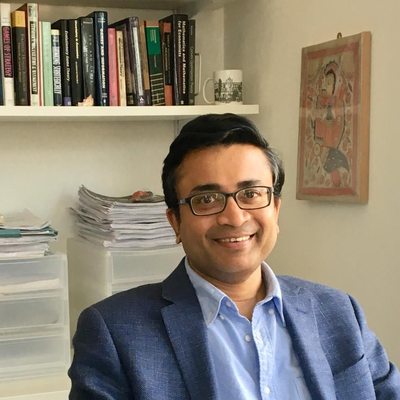 Rising inequality is a worldwide problem. How does India look in this regard?

The Indian economy experienced the biggest contraction in post-independence period in 2020-21 (7.3 percent; NSO, MOSPI) with Covid-19 pandemic wreaking havoc. At the same time, the number of Indian billionaires rose from 102 to 140 last year; their combined wealth nearly doubling to USD 596 billion (Forbes, 2021). In the same period, the number of poor in India is estimated to have increased by 75 million due to Covid-19, accounting for nearly 60% of the global increase in poverty (Pew Research Center, 2021).

Analysis shows that India does have more than its expected share of multimillionaires (Ghatak and Ray, 2014). Additionally, India’s share of the world’s extreme poor is higher than its share of the world population. While India accounts for 17.8 percent of world’s population (World Bank, 2019), at 139 million, it had 20.17 percent of the total number of people living in extreme poverty in 2017 (World Bank, 2020).

Does this mean that India has greater inequality compared to other countries? Not necessarily. The pandemic is a once-in-a-century phenomenon and hence, we need to dig deeper to see what the story with inequality in India is.

Analysis of data from the World Inequality Database, developed by Thomas Piketty and his colleagues, points to an alarming rise in both wealth and income inequality in India. [1]

We first delve into the evolution of wealth inequality over time in Figure 1. The share of total wealth of the top 1 percent was constant around 12 percent from 1961, the earliest year for which we have numbers, to 1981. Since 1991, the year of liberalisation, it has steadily increased and reached 42.5 percent in 2020. We see the opposite trend for the bottom 50 percent.

We compare the wealth inequality in India to other major economies in Figure 2. India has a relatively large gap between the top 1 percent and bottom 50 percent. While the U.S. stands out in this respect, India has a larger gap than France, and China, and is only marginally behind Russia.

In Figure 3, we look at the evolution of income equality in India. We find that the share of the top 1 percent in total income was 13 percent in 1961, and in fact, declined gradually to 6.9 percent in 1981. Then, it started climbing up from the 1990s, going up from 10.4 percent in 1991 to 21.7 percent in 2019. In general, wealth tends to be more concentrated than income as it reflects a cumulative process spanning across generations via inheritance and India is no exception.

In terms of the gap between the top 1 percent and the bottom 50 percent, India stands apart among major economies (see Figure 4 below).

The rise in inequality since the 1990s is in line with economic theory, first established by Nobel Prize winner Simon Kuznets. In early stages of development, the rich take better advantage of new opportunities while a large population of unskilled workers keeps wages low thus leading to inequality. This empirical regularity is now being witnessed in India where GDP per capita has gone up 8.5 times between 1998 and 2019 while rural wages have grown up by only 5.4 times.

At the same time, the percentage of people below the poverty line has nearly halved from around 45 percent in the early 1990s (see Government of India, Planning Commission, July 2013). [2] Therefore, while growth may have increased inequality, it has also reduced poverty.

The problem with the growth-centred narrative is that while growth is necessary for poverty alleviation, it is not sufficient. If we ignore the pandemic and the resultant economic contraction, and assume a dream growth rate of 10 percent, it will still take 22 years of sustained 10 percent growth to bring an individual on the rural poverty line up to merely India’s level of per capita income (low by global standards). For an individual on the urban poverty line, it would take 17 years. And no country in history has had two decades of sustained double-digit growth!

So, the real questions are: What makes growth inclusive and what policies can facilitate it? Kuznets argued that with capital accumulation, the demand for labour would eventually go up and increase wages. Moreover, the returns from acquiring skills would go up, which would not only encourage greater investment in human capital on average, but also open doors for upward mobility. Thus, the process of growth would reduce inequality in the long run.

Focusing on mobility allows us to look beyond inequality versus growth. It also highlights the aspects of inequality that are especially harmful. Inequality directly hurts growth prospects when those born poor but talented spend their lifetime in low-return occupations. When inequality creates impediments for the poorer sections to take advantage of economic opportunities (for example, by not being able to send their children to good schools), it hurts growth prospects. Of course, economic inequality is not the only barrier to mobility and social norms relating to gender and caste, for example, can accentuate the problems significantly.

While average levels of income and educational outcomes have improved following economic liberalisation, upward mobility in India has remained low over time. There is also evidence for limited intergenerational upward mobility across caste, location, and gender (Asher, Novosad, and Rafkin, 2021). Those who are born in poorer sections tend to stay poor, leading to persistence of inequality.

So, India surely has an inequality problem, driven by limited upward mobility driven by unequal opportunities. This leads to an uneven distribution of gains from growth.

The thrust of our development policy initiatives should be on how to deal with inequality of opportunity. Clearly, a part of the answer is to enable the poor better access to health and education. But this is not possible without a sufficient increase in tax revenue. We need a more conscious effort to bring the rich under the tax net.

Given the alarming state of wealth inequality, there should be greater emphasis on wealth taxes, such as capital income taxation, net wealth taxation, and transfer taxation (inheritance tax, estate tax, and gift tax). These could allow greater investment in health, education, and infrastructure all of which would create greater equality of opportunity as well as strengthen the foundations for a more dynamic economy as these would be investments in raising the overall growth potential. Policies such as these would go directly after the main source of inequality of opportunity—wealth—and ensure equality of opportunity.

The writer is a professor of economics at London School of Economics.

A longer version of this data narrative appeared on The India Forum earlier.

[1]  WID combines national accounts and survey data with fiscal data sources. Hence, the inequality estimates are more reliable – from the bottom to the top of the distribution of income and wealth – and span over longer periods.