GenderStats 11: How Many Men Participate in Household Chores? 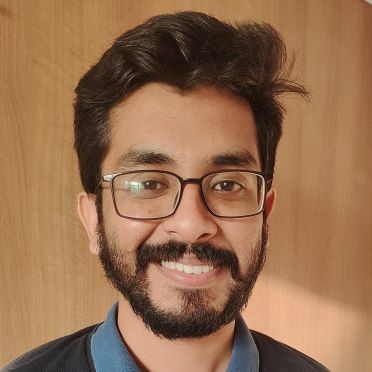 The burden of household chores is unequally distributed in India, with women bearing overwhelming responsibility for carrying out domestic work. What percentage of men participate in domestic chores, and how does this percentage vary across states?

We turn to the Time Use Survey (TUS) released by the National Sample Survey Office (NSSO) in 2019 for answers. The TUS provides a detailed account of how individuals spend a typical day. In particular, the TUS shows how individuals divide their time between paid employment, domestic work and leisure. In this Picture This (PT), we examine the percentage of men aged 15 to 59 spending some time per day in unpaid domestic work.

Unpaid domestic work includes all activities engaged in maintaining the household, such as cooking, cleaning, laundry, household management (for instance, the payment of bills), purchasing of household goods etc. For this PT, we focus only on household activities and do not include childcare or any form of caregiving activities (for either older or younger individuals of the household). The raw data of the survey is available on CEDA’s Researchers Corner, and is available for download.

The survey is conducted as follows: each respondent is asked to account for the various activities engaged in during the previous 24 hours. These activities may range from paid employment – whether self-employment, regular wage work or casual labour – to unpaid economic work – such as production of goods for the household’s own consumption – to unpaid domestic work and caregiving activities. The reference day is split up into 48 “slots” – each slot measuring half-an-hour – and each individual is asked to give an account of the various activities undertaken during each slot over the previous 24 hours.

Individuals might undertake more than one activity in any slot. Here, we only consider the “major” activity, i.e. the activity considered to be the most important by the respondent. Thus, the figures presented here outline the proportion of respondents engaged in some form of unpaid domestic work as a “major” activity at any time during the 24-hour reference period. We do not take account of the time spent in domestic work, only the proportion of individuals who have undertaken this activity during any of the 48 half-hour slots over the past 24 hours.

As expected, nearly all women in the sample undertake household chores. At the all-India level, nearly 92 percent of women aged 15 to 59 report having undertaken domestic chores at some time during the day. In comparison, only 27 percent of men at the national level report doing so, indicating a profound male-female gap when it comes to participating in domestic work. However, there exists significant variation in the share of men undertaking household work, as shown in Figure 1 below.

Hover over a state to see the proportion of men in each state who participate in some form of domestic work. The drop-down menu in the top right corner allows you to see these figures separately for rural and urban sectors in each state. Figures for Jammu and Kashmir include the current union territory of Ladakh.

Assam (59 percent) and Goa (57 percent) record the largest proportion of men engaged in domestic work, with the lowest seen in Haryana (14.4 percent). Andhra Pradesh, Gujarat, Himachal Pradesh and Jammu and Kashmir have very low (less than 20 percent) participation of men in household work. Bihar scores much higher than most other states on this metric, with 41.4 percent of men engaged in domestic work.

It is interesting that southern states do not fare that much better than northern states. Kerala, though ranking higher on most development indicators, has a smaller proportion of men in domestic work than Bihar (31.5 percent for the former as compared to 41.4 percent for the latter). While Karnataka is close to the national average, Tamil Nadu, Telangana and Andhra Pradesh all display lower participation rates of men in domestic work.

These figures clearly show the disparity between men and women such that women overwhelmingly bear responsibility for the maintenance of the household . These disparities have significant repercussions in other spheres. This reduces women’s ability to engage in market-based work, hence reducing their labour force participation rates. India has a long way to go to ensure these responsibilities are shared equally.